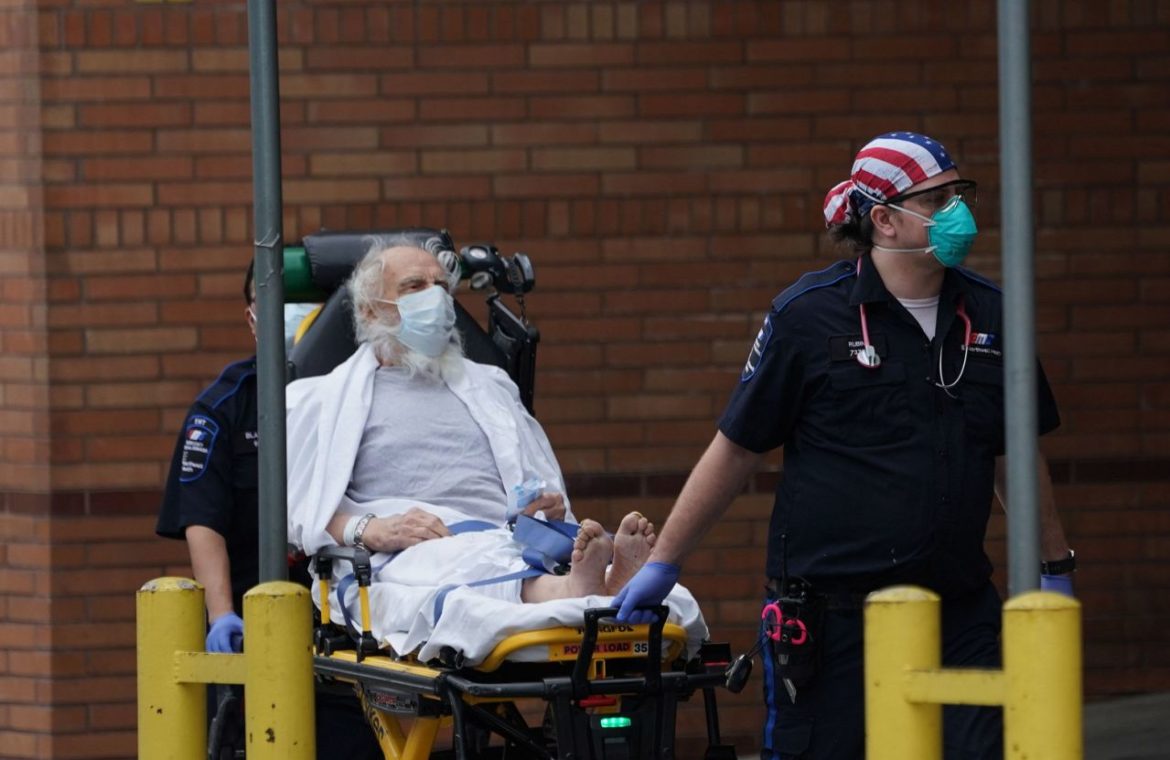 With the number of people killed by the coronavirus in the United States nearing 10,000 on Monday, the country’s top medical officials warned the worst was yet to come.

The number of cases has ballooned to 337,752 — nearly three times higher than the second-worst hit country, Spain — with 9,619 people killed as of 5:10 am ET, according to NBC News’ tracker.

At the epicenter of the outbreak in the U.S., New York City Mayor Bill de Blasio said critical medical supplies and staff have been secured but warned the magnitude of the crisis equals that of the Spanish flu and Great Depression.

As of Sunday evening, the city had seen 2,472 deaths due to the virus, de Blasio said in a statement. While 2,865 ventilators and another 1,780 breathing assistance machines had been distributed through the city, it needs another 1,000 to 1,500 ventilators by next Sunday.

“It’s going to be the hardest moment for many Americans in their entire lives,” Adams told MSNBC’s Meet the Press on Sunday. “And we really need to understand that if we want to flatten that curve and get through the other side, everyone needs to do their part.”

Meanwhile, the top infectious diseases expert, Dr. Anthony Fauci, admitted the nation is “struggling” to get the outbreak under control.

In an interview on CBS News’ “Face the Nation” on Sunday, Fauci said: “Things are going to get bad, and we need to be prepared for that.”

Image: A man wearing a face mask amid concerns over the spread of the COVID-19 coronavirus travels on a train in Tokyo on April 6, 2020. (Philip Fong / AFP – Getty Images)

Veterans across the country are also losing their lives to the virus, accounting for 103 as of Sunday evening, according to the Department of Veterans Affairs. Nearly 25,000 tests have been administered to veterans to date, revealing 2,699 confirmed cases — an increase of 183 cases from the previous day.

Overseas, Japan is also bracing for the worst. Prime Minister Shinzo Abe expected to declare a state of emergency as early as Tuesday morning as the number of cases surpasses 3,600, according to local media reports.

On Monday, the Tokyo Medical Association issued a statement calling on Abe to issue the declaration in order to make available necessary resources for the country’s medical system. It follows mounting criticism from business owners and politicians that the country has not reacted quickly enough.

U.S. Forces in Japan, meanwhile, declared a health emergency on Monday for its bases in the Kanto region, which includes Tokyo, in response to the rise in cases.

In Italy — which has seen the world’s greatest casualties with 15,887 deaths — the latest data showed signs that a peak may have been reached with three days of declining daily death tolls. The country reported 525 more deaths on Sunday, a big drop from the height of 969 deaths seen on March 27.

Image: A child jumps rope in a courtyard, as the spread of the coronavirus disease (COVID-19) continues, in Milan (Daniele Mascolo / Reuters)

The country’s health minister Roberto Speranza said it’s exploring options to ease lockdown restrictions, but a return to normal life is still far off and social distancing rules would likely remain in place to prevent a rebound in cases.

Also on Meet the Press, Prime Minister Giuseppe Conte discussed the “devastating pain” his country has experienced through the loss of life and the weeks of social isolation.

“We are asking our people a great sacrifice. I’m aware of it. But it is the only way to defeat the pandemic altogether. The more we respect the rules, the sooner we will get out,” he said.

The number of new cases in Spain also appears to slowing, according to Health Minister Salvador Illa. Sunday saw a five percent increase in new cases compared to a daily rate of 22 percent three weeks ago.

Spain is among the hardest-hit countries with 12,641 deaths and 131,646 cases. Illa said the country continues to face “very tough weeks ahead” as the number of cases going into intensive care units reach “especially worrying” levels.

Reuters contributed to this report.