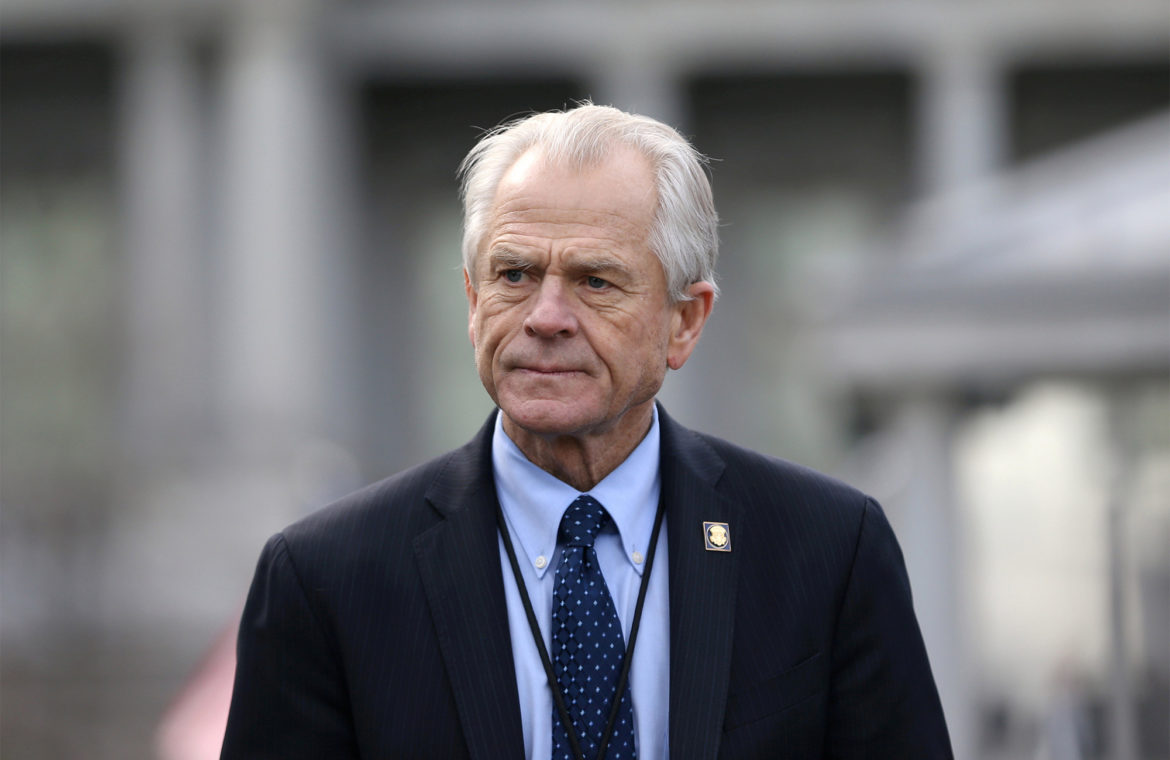 Leaked memos from White House trade adviser Peter Navarro warning of mass coronavirus death in the US were written in a desperate bid to get President Trump’s attention as officials concerned of a fallout with China tried to block Navarro’s efforts, The Post has learned.

The two memos — one dated Jan. 29 and circulated to White House staff and the other dated Feb. 23 and addressed to Trump — warned that the coronavirus outbreak in China could ultimately kill more than half a million Americans and cost nearly $6 trillion, according to several reports.

Former White House chief strategist Steve Bannon told The Post Navarro felt he had no option but to write the memos as infighting between two White House camps broke out over how to handle the COVID-19 outbreak, delaying the administration’s response.

“Mick Mulvaney, his chief of staff would not schedule a meeting,” Bannon said during an extensive conversation with The Post on Tuesday.

Bannon said it was Mulvaney’s repeated dismissals that finally forced Navarro to pen his warnings for the record, which were first reported by Axios and the New York Times this week.

“The principle reason Peter wrote this memo is to make sure that real information got to the president, because the real information was being suppressed by the chief of staff at the time, Mick Mulvaney,” he added.

It took more than a month for the government to impose travel restrictions after learning of the outbreak —  Treasury Secretary Steven Mnuchin and National Economic Council director Larry Kudlow were concerned about the economic fallout of banning travelers from China, Reuters reported on Sunday.

Navarro’s January memo, sent to the National Security Council, touched off a furious argument among administration officials, including Mnuchin and Kudlow, about the economic implications of barring travel from China.

But Bannon dismissed that claim and said the warnings from Navarro, a Harvard-educated economist, were “prophetic.”

“It was not alarmist,” Bannon said. “He was criticized and he was essentially removed from the task force because of the memo.”

The coronavirus task force was established on the same day as his first Jan. 29 memo and the White House announced a travel ban on Jan. 31.

Mulvaney left the White House sometime in March and has since been replaced by Mark Meadows. Navarro, meanwhile, reemerged as a public force on the task force in the past two weeks.

Speaking at Tuesday’s evening coronavirus task force briefing, Trump revealed he had still not read the memo addressed to him but praised Navarro’s instincts, calling him a “smart guy.”

“The World Health Organization was not in favor of us closing it down and if we didn’t close it down, we would have lost hundreds of thousands of lives,” he said.

“He did a good thing,” he added of Navarro’s letters. “Most people felt that we shouldn’t close down to China but I felt we had to do it and that was almost the exact same time as the memo.”

“He wrote a memo and he was right,” he said.

Matthew Pottinger, a deputy national security adviser and China expert, also clashed with Mnuchin and Kudlow over his and Navarro’s desire to take a hard-line approach, Reuters reported.

The Chinese Communist Party reported the first cases of coronavirus in the city of Wuhan on Dec. 31. A month later, Navarro warned how vulnerable the US would be to an outbreak.

“The lack of immune protection or an existing cure or vaccine would leave Americans defenseless in the case of a full-blown coronavirus outbreak on U.S. soil,” Navarro said in January’s memo, the Times reported.

“This lack of protection elevates the risk of the coronavirus evolving into a full-blown pandemic, imperiling the lives of millions of Americans,” he added, recommending a travel ban to and from China.

Taking a “no containment” approach could cost up to $5.7 trillion, and the worse case scenario could kill 543,000 Americans, Navarro wrote.

President Trump finally defied his advisers to take a multi-faceted approach in drastically curbing the spread of coronavirus in the US including closing travel from China, quarantining travelers who entered the US from China, establishing the White House coronavirus task force, issuing new guidance for nursing homes, and establishing a CDC-developed testing program.