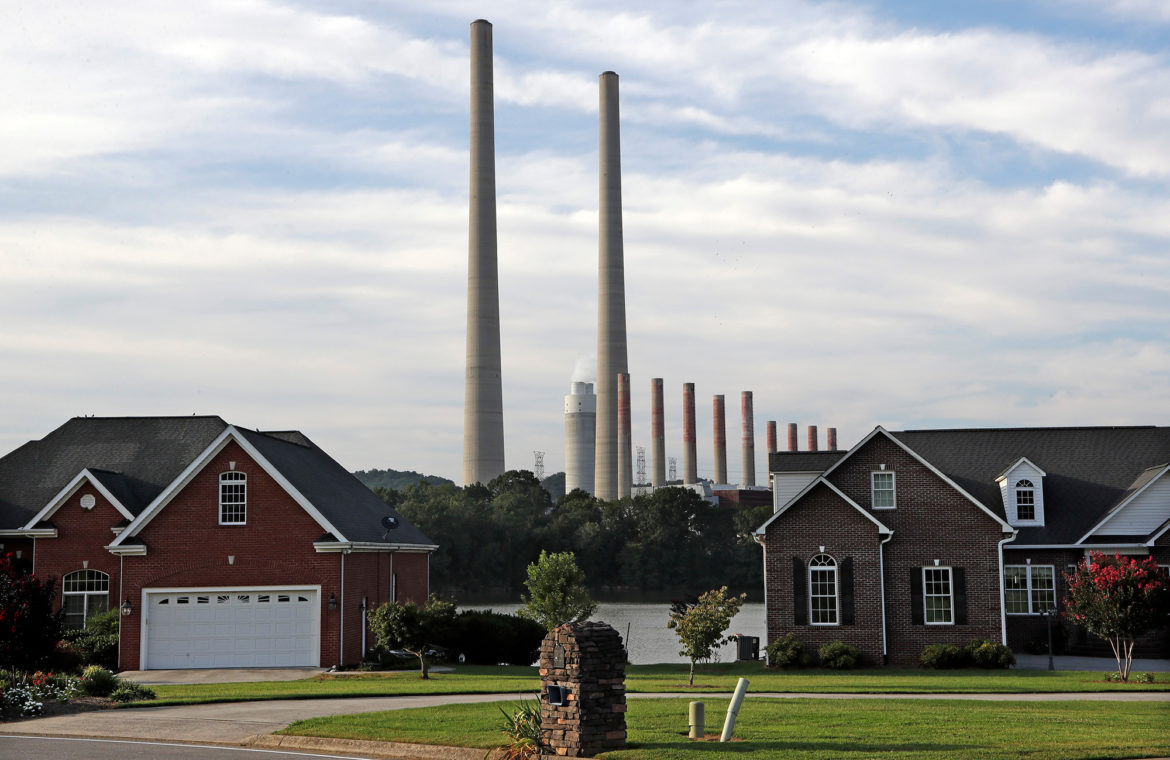 The highest-paid U.S. federal official earned $8.16 million last year, and he may be in line for a big pay cut as populist outrage shapes a new infrastructure package intended to put people back to work after the coronavirus outbreak.

There’s a bipartisan drive to cut compensation for Jeff Lyash, president of the Tennessee Valley Authority, as the White House and House Democrats begin talks on up to $2 trillion in infrastructure spending to offset a spike in joblessness.

The TVA is a federally owned electricity provider that controls dozens of dams built during the Great Depression as a jobs program. It also owns three nuclear power plants. But the vintage infrastructure project now pays many execs well over the US presidential salary of $400,000 and is in the process of outsourcing hundreds of jobs to India.

“At a time when people are hurting, business leaders and even the president of the United States are forgoing salaries to help those in need, but not the TVA president,” a senior Trump administration official told The Post.

“It’s outrageous the American taxpayer is footing the $8 million-plus salary in good times, let alone at a time of national emergency,” the official said.

The TVA’s budget technically is not taxpayer-funded — instead using electricity revenue from Tennessee and neighboring states — but its debt of up to $30 billion is federally owned, as are its assets. Many conservatives want to privatize the TVA, an idea also pushed by the Obama White House, but resisted by many lawmakers from the area.

But Trump administration officials and House Democrats are agreeing that at a minimum, executive pay should be reduced.

Tennessee Democratic Rep. Steve Cohen, a member of the House Committee on Transportation and Infrastructure, said the compensation is “out of line for a public agency” and that the time is right to act.

“Many [TVA executives] make over a million dollars running an agency set up to render energy and aid to a poor region in our country that still suffers economically in many areas,” Cohen told The Post.

“This makes the out of line salaries even more distasteful. This has been wrong for decades and those salaries should be considerably reduced, particularly at this time. But even if we weren’t in the midst of a great health and economic crisis the salaries are way too high and should be reduced greatly.”

Trump and House Speaker Nancy Pelosi (D-Calif.) last week agreed in principle that they both wanted a large infrastructure package to boost the economy. Talks are just beginning, however, on details.

The push to reduce pay for Lyash and other TVA executives comes as a labor union representing TVA workers fights plans to export 220 IT and engineering jobs to India. Ironically, union officials point out the TVA was created to battle domestic joblessness, but now may contribute to it.

“Congress is desperately searching for ways to save jobs, prevent a recession or depression and to keep paychecks coming during a time of crisis, meanwhile a federal entity is sending pink slips to Americans and providing paychecks to foreign nationals,” said International Federation of Professional and Technical Engineers President Paul Shearon. “Does this make any sense? Doesn’t this violate not only the needs of our economy now, and also violate TVA’s long-stated mission?”

It’s unclear if Trump personally is involved with efforts to reduce executive pay at the TVA, or if he’s planning to halt the planned outsourcing. Trump routinely rails against private firms exporting jobs and firing Americans.

Union officials say that with potential information about nuclear energy involved, there may be national security implications for outsourcing jobs.

TVA spokesman Jim Hopson defended the high executive pay in a statement to The Post.

“TVA’s CEO total compensation is approximately 25% of the compensation of CEOs of comparable utilities,” Hopson said. “We do appreciate the support of the congressional delegation that represents the seven states TVA serves in the Tennessee Valley.”