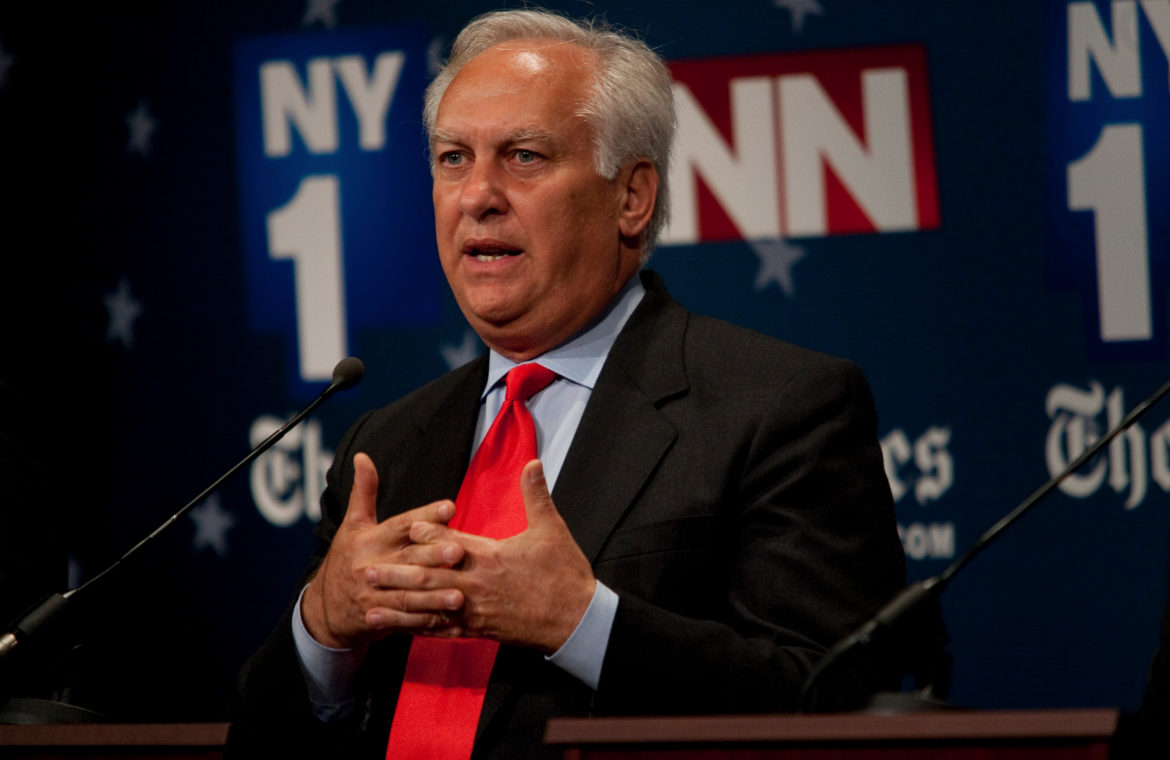 Brodsky, 73, a Democrat, was a member of the New York State Assembly representing parts of Westchester County from 1983 to 2010.

He chaired the committee that oversees public authorities and was very knowledgeable of the workings of the Metropolitan Transportation Authority and transit issues.

Brodsky ran for state attorney general in 2006, dropping out after his daughter needed a kidney transplant.

“Richard was a good man. He was a family man,” said his wife, Paige.

Paige said her husband started feeling ill about a week ago and suspected he had COVID-19. He had a fever and was taking Tylenol.

While not himself, he didn’t seem seriously ill, she said.

Brodsky’s did skip writing his weekly column for the Albany Times Union. His previous column on March 29 focused on Governor Andrew Cuomo’s handling on the COVID-19 crisis.

Richard Brodsky and his daughter WIllie in 1996.Robert Miller

Richard had taken the COVID-19 test and was awaiting the results.

Paige said Tuesday night emergency service paramedics came to their Greenburgh home and checked on him, but he seemed well enough to rest at home.

She said Richard likely died of a heart attack, which she believed was triggered by COVID-19.

Tributes poured in mourning his death.

“Richard was a dedicated public servant, and in his 27 years in the Assembly he fought to improve the quality of life for all New Yorkers,” said Assembly Speaker Carl Heastie (D-Bronx).

“Among his many accomplishments, Richard was a champion of environmental conservation, authoring the legislation that created the Environmental Protection Fund to protect our unique natural resources and beauty for generations to come,” Heastie said.

Heastie called Brodsky a “friend” and “mentor” to him.,

Assemblyman Tom Abinanti, who succeeded Brodsky, called him a “great public servant” who “had a unique ability to go to the heart of the matter”

“He seemed to be immune from the pressures of establishment politics, “Abinanti said.

Brodsky is survived by two daughters, Emlin and Willie.