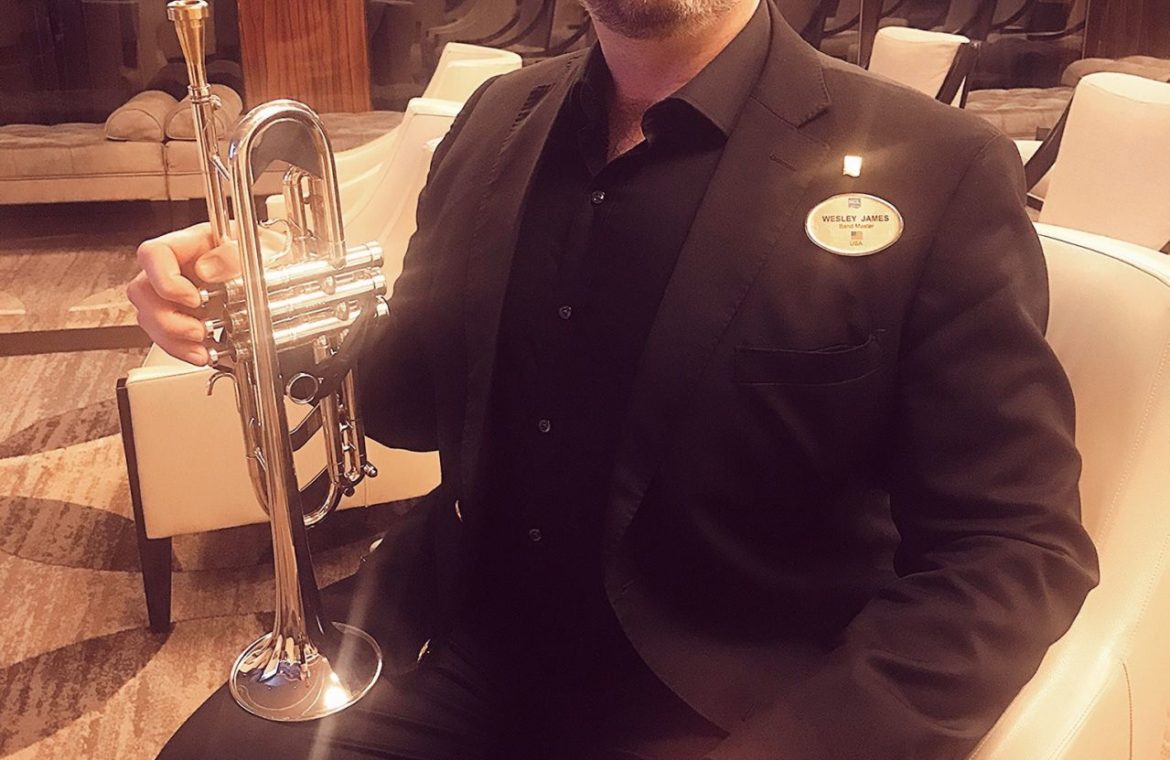 The passengers are gone, but the crews remain.

Thousands of guests endured being marooned on cruise ships riddled by outbreaks of the coronavirus. Even ships that were virus-free were shunned by normally welcoming ports of call around the world.

Now those same ships bob at anchor or languish at piers, their cruise schedules canceled as the pandemic plays out around the world. The only ones aboard are crew . They, just like passengers, suffered through the spread of virus on some of the oceangoing behemoths. And they’ve had other issues. Some aren’t getting paid anymore, but aren’t allowed off the ships.

Without the nonstop party atmosphere, life aboard what come billed as floating pleasure palaces has become humdrum for those who once cooked, served or entertained.

The fun has disappeared, replaced by a mix of boredom and concern.

“At this point, I am ready to go home,” said Wesley James, a music director aboard Norwegian Cruise Lines’ Norwegian Sun said in an interview from the ship to which he was transferred when the guests left, the Norwegian Epic, where he had stayed since March 21. “We’ve been following the same routine day in and day out.”

He’s hardly alone. The numbers of remaining crew are staggering.

And that doesn’t count the thousands of others aboard ships frequented by Americans scattered across the Caribbean and oceans around the world.

The Coast Guard added: “The cruise industry has an ongoing obligation for the care, safety and welfare of their seafarers.”

But it is an obligation that is becoming harder to fulfill. The Coast Guard issued an order March 31 directing ships off Florida, Georgia and South Carolina with more than 50 aboard to boost their medical capabilities to treat anyone showing flu symptoms on their own. It explained that hospitals near Port Miami would no longer accept medevacs from them.

Complicating matters for the cruise lines, the Centers for Disease Control and Prevention recommended over the weekend that anyone trying to make their way home from cruise ships, whether they are ill or not, should take chartered or private aircraft, not commercial flights, in order to try to prevent the spread of the coronavirus. That means cruise lines, instead of simply handing an airline ticket to a departing crew member, now have to line up a plane.

Princess Cruises said Wednesday it is working on a “crew repatriation plan,” for its entire fleet, but until it’s done, everyone will remainon board.

Carnival Cruise Lines, which now has 27 ships idle with only crew aboard, says it is doing its best to adhere. Nonessential personnel are being returned to their home cities “in most cases via chartered flights,” said spokesman Vance Gulliksen. Everyone has their temperature taken daily and when they are leaving the ship.

That’s because the coronavirus has taken its toll on crew members, not just passengers.

The deaths of four elderly passengers on Holland America’s Zaandam garnered worldwide attention, and did the three deaths associated with the Princess Cruises’ Coral Princess. Less noticed was the death of a crew member aboard Celebrity Cruises’ Celebrity Infinity cruise ship. And two crew members were airlifted off of Royal Caribbean’s Oasis of the Seas.

The CDC lists 21 ships in which travelers have tested positive for the coronavirus either while aboard or after their cruises.

Wesley James, a bandleader and trumpet player, is one of thousands of idle crew members on cruise ships around the world. The passengers have gone home. Now they are trying to get home as well. Photo courtesy of Wesley James.

Madeline Truscott, a concerned mother of a crew member aboard a Carnival ship in the Gulf of Mexico, said she anxiously awaits his return. She declined to give his name to prevent retribution and asked that the ship he is aboard not be disclosed.

She said he’s confined to his stateroom. She said she doesn’t know the official reason, but surmises it might be so the captain can make a stronger case for being allowed into port. Even if a shipmate were to show flu symptoms, the case could be made that isolation would have prevented its spread to anyone else.

“I think they are protecting him. I really do,” Truscott said.

Though he’s safe, he’s not getting paid anymore since he considered a nonessential crew member now that no passengers aboard, she said.

Carnival’s Gulliksen said some crew members have moved to “non-working guest status” while the cruise line tries to figure out how to get them home. They leave their jobs with 30 days of pay or are compensated through the end of their contracts, whichever comes first. Then, continuing to stay aboard off the payroll, they get “free lodging, meals, medical care and internet service to stay in touch with family and friends.”

With cruise companies strapped for cash – fuel-slurping ships, costly crews and no paying passengers – other lines are taking a similar stance.

Wesley James, the music director whose stint aboard the Norwegian Sun ended abruptly with the shutdown, said he was given a two-week severance and has been at sea without any additional pay. He had expected a free airline ticket home — usually standard procedure in the cruise industry — but it didn’t come through and then  travel became complicated and he couldn’t leave. “They managed to fly around 50 Philippine crew members home, but the rest of us were out of luck,” he said in an email.

Transferred to another ship, the Norwegian Epic, the combined crews headed off to Nassau, the Bahamas, where the seafarers – about 1,500 in all – sat tied up to a pier, not permitted off by authorities. There had been no reports of crew ill with flu symptoms on either ship, he said.

It’s been no pleasure cruise. James said the Sun crew were given cabins with roommates, but  later were assigned private cabins in the name of social distancing. He passed the time conducting band rehearsals, though much of the ship became off-limits. The gym, which was available early on, closed. Access to the main pool was shut as well.

Norwegian Cruise Lines did not respond to requests for comment.

James said the wandering passenger-free cruise is finally coming to an end. On Tuesday, James said by phone that the ship was nearing Miami where he expected to disembark and be able to catch a chartered flight home to Seattle.

More: If you sailed on these cruise ships, you may have been exposed to coronavirus