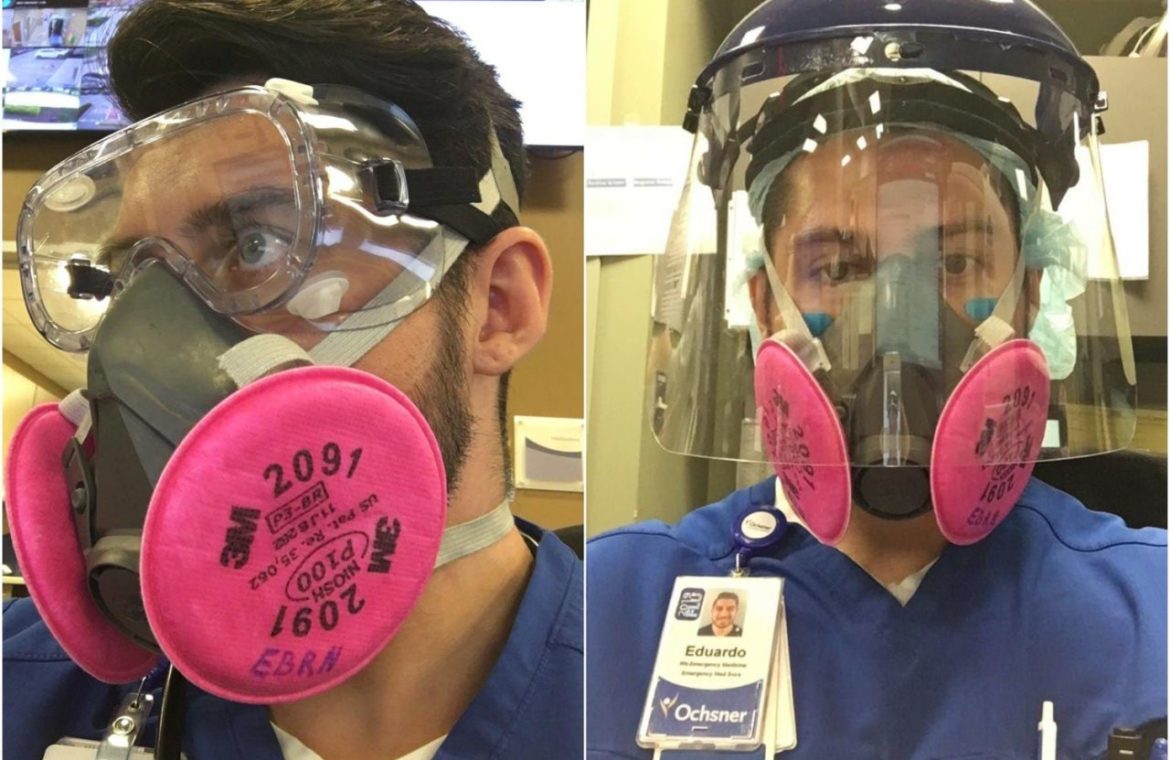 The entrance to the ER at Ochsner Baptist Hospital in New Orleans is seen on July 30, 2015.

Business Insider spoke to an emergency room nurse working for the Ochsner Health System in New Orleans, who described what the fight against coronavirus has been like in his city.

Eduardo Bilbao, 29, says he’s gone from seeing about one patient a month die under his care, to two in one week.

Related Video: How to Help Healthcare Workers Fighting the Coronavirus

A New Orleans nurse says he’s had to get used to giving bad news to families losing loved ones to coronavirus.

In normal times, Bilbao says he would usually see one patient under his care die a month. In a recent week, he had two.

“It’s very emotional,” he said. “It’s hard to give bad news to family over the phone, especially after I told them that it was going to be OK.”

As of Saturday, New Orleans officials said more than 5,400 people had been infected in the city, in addition to 225 deaths.

Before reporting for duty, employees have their temperatures taken to make sure they’re not infected. Then they’re given a mask.

In the early days of the outbreak, there were enough masks to use a new one with every new patient. Bilbao says they’re now given one a day.

One strange outcome is that parts of the hospital are eerily quiet, Bilbao said. People are being discouraged from coming to the ER unless absolutely necessary, plus there are no visitors allowed. Staff are also not socializing with each other in the hallway and cafeteria as they usually would.

“There’s no one in the waiting rooms. It seems emptier, but you open the emergency room and it’s full. I wouldn’t say it’s chaotic, but it’s active,” Bilbao said.

‘We become their family’

Bilbao said one of the biggest challenges is caring for multiple patients at once, all of whom need more help and attention than usual.

Before the coronavirus crisis, the hospital usually had a ratio of one nurse to three patients. Back then, Eduardo said he would usually get assigned one patient that needed a “full workup” — a battery of tests to figure out what’s wrong — plus two patients who needed less work.

The ratio is still three-to-one, he said, but now they all require a lot of testing.

This presents a challenge when it comes to protective equipment. When he goes into a patient’s room, he has to put on new protective equipment like a gown and gloves, and sterilize his visor and respirator mask. So he ends up spending between 40 minutes to an hour in their rooms so as not to waste this gear.

At the same time, if you’re away from a patient for an extended period of time, they begin to worry.

“We’ve noticed a lot of anxiety around patients,” Bilbao said. “When a family member drops them off at the door, they’re going to be by themself.

“We become their family, their support system, so I definitely understand how they feel if we’re not there for 45 minutes, they might think we have forgotten about them.”

EMS personnel bring a patient into the emergency center at Ochsner Baptist Medical Center in New Orleans amid the outbreak of the coronavirus on March 25, 2020.

Fears for the future

While the hospital has assured them that they will have enough protective equipment (PPE), Bilbao says some staff have started personal stocks of respirator masks in case they ever run out.

He’s also been told that they have enough ventilators right now, but is worried about certain medicines running low with so many patients needing to be intubated. He says patients need to be paralyzed and sedated in order to be intubated, and he wouldn’t be surprised if those kinds of medicines start to run low across the country in the future.

While he himself is at peace with the fact that he may get the virus at some point, he says he’s doing his best to stay active and eat right, boosting his immune system to prevent himself from becoming a carrier for the virus.

Bilbao currently lives with a fellow ER worker and a pastor. He says they had a sit-down with the pastor, explaining the safety measures they’re taking, but saying that there’s still a high likelihood he could catch the virus from them.

The outbreak in New Orleans has been pegged by some experts to Mardi Gras, an annual celebration in the city that centers on Fat Tuesday but actually spans several weeks.

Bilbao said it was a “big mistake” to let the celebration go on as usual, but can see why it was a hard decision at the time.

“Nobody knew that this was going to get that big. The officials might have been able to [cancel it], but they would have gotten a lot of backlash from the community.

“But that’s probably where a lot of these cases started happening in New Orleans. So it was a big mistake, but it was a tough call,” he said.

A crowded Bourbon Street in New Orleans is seen during a Mardi Gras celebration on February 25, 2020,

Though the situation is worsening in New Orleans, Bilbao is currently headed to New York City — the epicenter of the US outbreak — to help the overwhelmed healthcare workers there.

While the situation is bad in New Orleans, there are still considerably fewer cases compared to New York. As of Friday, New York had more than 94,400 cases and 5,429 deaths.

Bilbao had already cut back on hours, with plans to start doing travel nursing, before the coronavirus outbreak happened. So when he heard about how the situation in New York was getting worse, he started looking for openings there.

“I’m the kind of person who wants to help people with the greatest need, so I felt that was my calling,” he said. “My superior wasn’t very happy, but this is my calling and I’m happy to go help and make a difference.”

A spokesperson for Ochsner Health System declined to comment for this story.