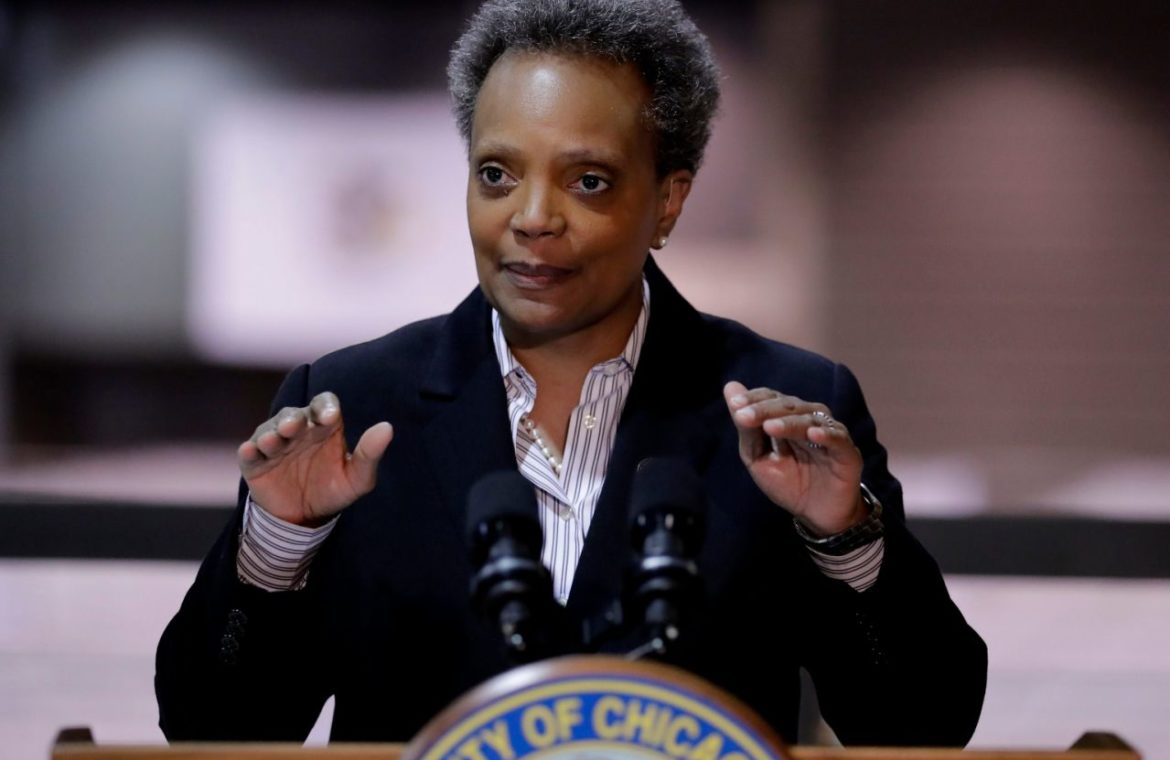 Chicago Mayor Lori Lightfoot speaks during a news conference in Hall A at the COVID-19 alternate site at McCormick Place in Chicago, Friday, April 10, 2020.

Chicago Mayor Lori Lightfoot said 72% of people in Chicago who have died from COVID-19 are Black despite African Americans making up just 30% of the city’s population.

Lightfoot said she had created a “racial equity rapid response team” to investigate how to respond to the disproportionate impact.

“Whether it’s diabetes, heart disease, upper respiratory illnesses, the kind of things we’ve been talking about for a long time that plague black Chicago, that lead to life expectancy gaps,” the mayor said. “This virus attacks those underlying conditions with a vengeance.”

Chicago Mayor Lori Lightfoot said Sunday that nearly three-quarters of people who have died of COVID-19 in Chicago were Black despite the fact the city’s population is just 30% African American.

Lightfoot, who made the comments on CBS’ “Face The Nation,” said she directed that those administering COVID-19 tests in the city to also begin to record demographic information of the people being tested.

“You start by making sure you’ve got the data,” Lightfoot, who has been Chicago’s mayor since last year, said.

According to data from the US Census Bureau, Chicago’s population is 49% white and 30% Black.

Lightfoot noted that “this is an issue that is not unique to Chicago, unfortunately.”

“We’re seeing similar kinds of numbers reported across the country in large urban centers,” she said. “The answer that we believe is right is because of the underlying conditions that people of color, and particularly black folks, suffer from.”

Lightfoot added: “Whether it’s diabetes, heart disease, upper respiratory illnesses, the kind of things we’ve been talking about for a long time that plague black Chicago, that lead to life expectancy gaps. This virus attacks those underlying conditions with a vengeance.”

Health experts have said the virus may have a disproportionate impact on the African American community because members of that demographic are more likely to live in poverty and to have pre-existing health conditions, which can worsen the effects of COVID-19.

“We do not think people of color are biologically or genetically disposed to get COVID-19,” Adams said. “But they are socially predisposed to coronavirus exposure and to have a higher incidence of the very diseases that put you at risk for severe complications from coronavirus.”

He added: “It’s alarming but it’s not surprising that people of color have a greater burden of chronic health conditions.”