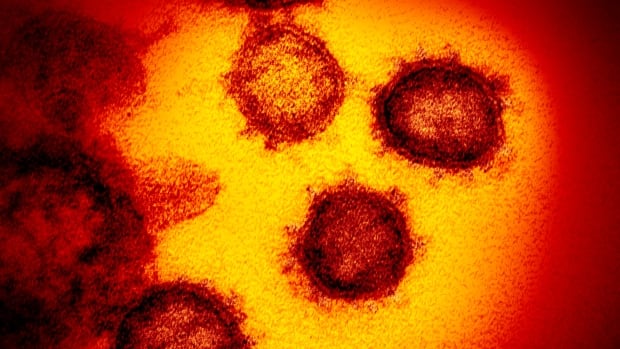 Conrad Baetz is the new deputy chief public health officer who will lead this team. Baetz has about 34 years experience as a public servant with the territorial and federal governments.

He said most of that time was spent dealing with regulating — as a wildlife officer early on, to a land-use inspector, to the assistant deputy manager of operations for the territory’s Department of Lands.

According to the territorial government on Wednesday, there have been 180 complaints made so far to the Office of the Chief Public Health Officer regarding people who aren’t complying to COVID-19 protocols.

Baetz spoke with CBC’s The Trailbreaker host Loren McGinnis Thursday about the new task force and its authority.

What can public health officers do if someone isn’t following the mandatory 14-day self-isolation order?

Baetz said there’s a step-by-step process to deal with any complaint, including against someone who isn’t following the order.

In any case, a public health officer will:

Baetz said if there’s a need to, a public health officer can travel from regional centres like Yellowknife, Hay River, Inuvik or Fort Smith to a small community to further investigate.

What can the public health officers do specifically about partying?

Baetz said this also comes down to determining the risk to the public.

Although highly recommended, social gatherings like parties have not been ordered to stop, though Kandola said Wednesday that she expects that to change in the coming weeks.

Baetz said if it’s determined that a party or social gathering needs to come to an end, the public health officers could call upon the RCMP.

Some communities in the Northwest Territories have created checkstops.

Earlier this week, Premier Caroline Cochrane asked communities to stop doing this because she said it wouldn’t stop the spread of the novel coronavirus.

But this isn’t something public health officers can easily enforce.

“When it comes to checkstops on highways, those are more for other authorities that exist within the [N.W.T. government].”

Baetz does hope though, that with the task force in place, the visibility of the public health officers means “people will become more comfortable with the work that the [N.W.T. government] is doing” and things like checkstops won’t feel necessary.

How will the task force make sure communities trust its work?

Baetz said the territorial government has been meeting regularly with the Northwest Territories Association of Communities, a non-profit organization that represents all 33 communities in the territory.

He said it’s also been meeting with Indigenous leaders.

“It’s having dialogue and making sure we understand what their concerns are where we can appease those concerns to the best of our ability with the resources that we have,” Baetz said.

He said the amount of people now in charge of enforcement should change how things are dealt with.

“We’re going to be able to react far quicker to somebody that might complain about somebody that hasn’t self-isolated in the community that they’re supposed to.”

Don't Miss it Florida nursing homes ask governor for immunity from coronavirus lawsuits
Up Next Trump vows to rebuild US economy to honor coronavirus victims, sees ‘tremendous surge’ ahead