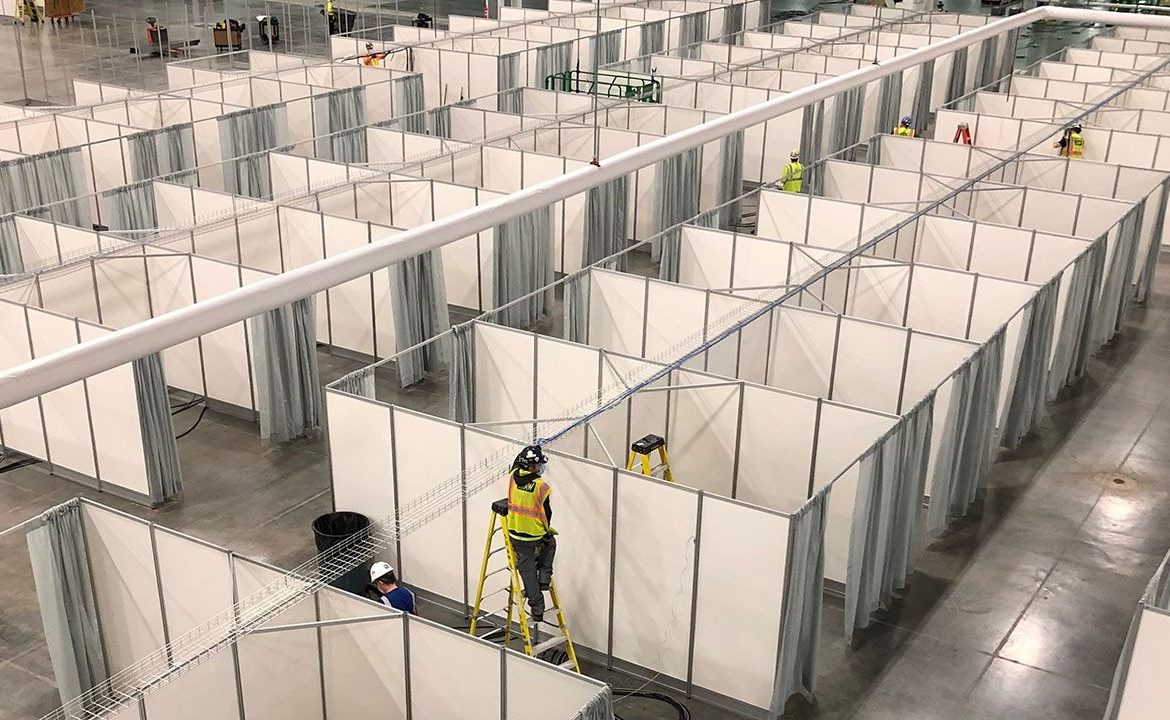 A field hospital under construction in Michigan has scaled back its number of beds from 1,000 to 250 as the state adapts to its changing needs in the ongoing battle against the coronavirus, officials said Saturday.

“Originally we were looking at up to 1,100 (beds),” Nick Zager, chief of alternate health care projects for the U.S. Army Corps of Engineers’ Detroit district told Crain’s Detroit. “But things are changing very quickly.”

The state’s decision to reduce the number of beds comes after Michigan appeared to be “flattening the curve” on the virus. After reporting 1,243 confirmed cases on April 6, the state has seen the number of new infections drop off in subsequent days, according to data compiled by Michigan Health and Human Services.

“It appears from current COVID-19 cases and modeling that the curve is significantly flattening,” Michigan Medicine spokeswoman Mary Masson told the Detroit Free Press when speaking about the University of Michigan’s own plan to put a 500-bed field hospital on hold.

WASHINGTON’S FIELD HOSPITAL TO BE DISMANTLED BEFORE TREATING A PATIENT, SENT TO STATES WORSE-HIT BY CORONAVIRUS

Since hospitals in the area are still able to treat incoming patients, the state is adapting its approach to the new field hospital, Michelle Grinnell, spokeswoman for the Michigan Economic Development Corporation, told the paper.

“Based on where things currently stand with the hospital surge in Southeast Michigan and additional bed capacity coming online, we are starting with 250 beds …at Suburban Collection Showplace, with the ability to ramp up,” she said. “It is always easier to ramp up capacity as needed than it is to build out that maximum capacity from Day One.”

The facility can be scaled up to hold a maximum of 1,100 beds, if needed.

Michigan has seen 23,605 people diagnosed with the virus, reporting 1,384 deaths as of Sunday – making it the state with the third most infections and fatalities behind New York and New Jersey.