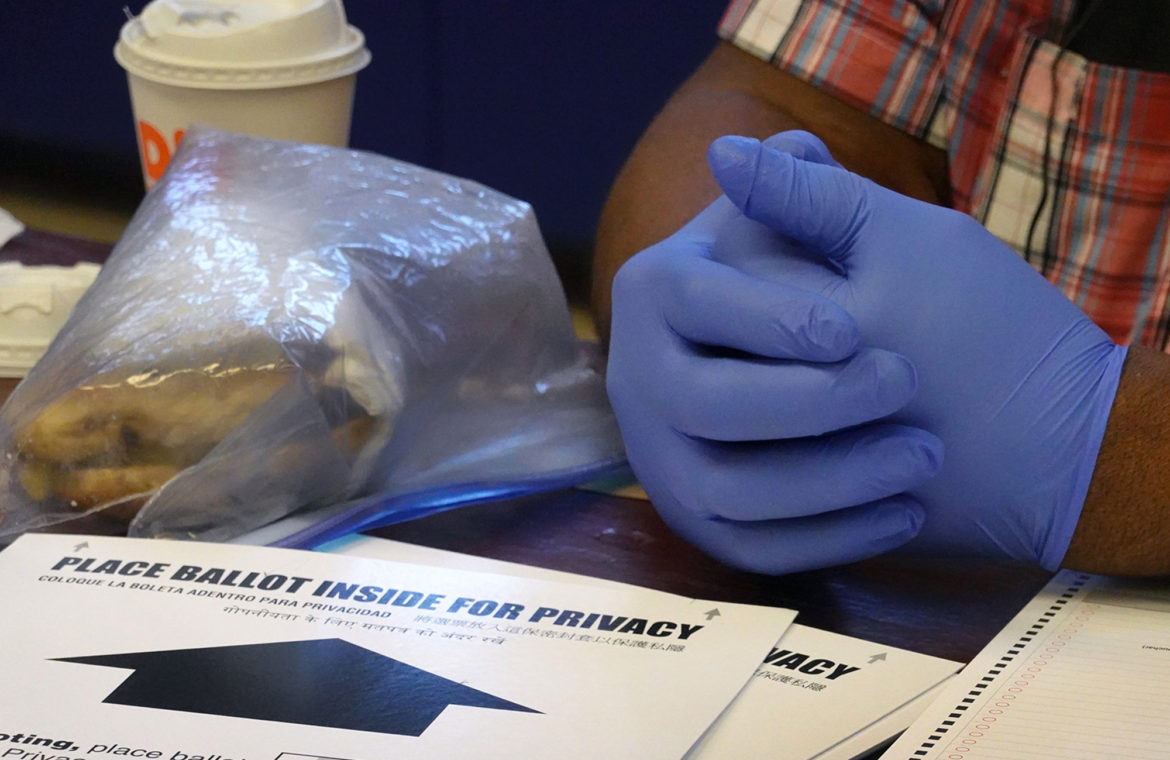 Chicago election officials are warning primary voters of possible exposure to the coronavirus after a city poll worker died from the bug and a voter became infected, according to reports.

The Chicago Board of Election Commissioners is notifying voters by letter who cast ballots at four locations citywide during last month’s Illinois primary, the Chicago Tribune reports.

The 60-year-old poll worker who passed away, Revall Burke, was stationed at the Zion Hill Baptist Church during the Illinois primary on March 17. He died of COVID-19 on April 1, just over two weeks later, WMAQ reports.

Letters will now be sent to all poll workers from that location, as well as people who voted there, field investigators and cartage company employees, the station reports.

“Although the Board took every precaution possible by supplying poll workers with hand sanitizers, gloves and instructions for wiping down the equipment, the fact remains that an individual who has now tested positive voted at the same Polling Place,” the letter reads.

Voters or poll workers at three other Chicago locations will also receive notices that a person who voted there had tested positive for the coronavirus, the station reports.

“We’re letting voters and poll workers know as soon as we have confirmed a coronavirus case,” Board of Elections spokesman Jim Allen told WMAQ. “We’re doing our best to learn from this and move forward.”

Illinois Gov. J.B. Pritzker issued a statewide stay-at-home order on March 21, just four days after the state’s primary. Election officials in Chicago blasted the decision to proceed with the election, but Pritzker said he didn’t have the legal authority to postpone it, the Tribune reports.

Pritzker said he now intends to make voting by mail more accessible to the state’s residents in time for November’s general election.

“We were encouraging people not to go to the polls if they could avoid going to the polls,” Pritzker told reporters Monday, according to the Tribune.

“And indeed, I think that’s exactly the same thing that we need to do even more so when we get to the general election. I’m advocating that everybody should be applying for a mail ballot if they can, and that’s virtually everybody, and to vote by mail.”

Burke, meanwhile, was described as an ex-Marine and father of six who was quick to give words of encouragement to neighborhood kids. He had diabetes but kept himself in good shape, his brother told Patch.com.

“It happened so fast,” Nathaniel Burke told the website. “He wasn’t in the hospital for 12 hours, and they said his kidneys shut down. Just like that, he was on life support. It freaked the whole family out.”

Burke’s son, Malcolm, said he last spoke to his father on March 22, one day before he drove himself to a hospital with flu-like symptoms.

“He sounded perfectly fine except for having a little trouble breathing,” Malcolm Burke told Patch.com. “But he wasn’t gasping for air or anything like that.”