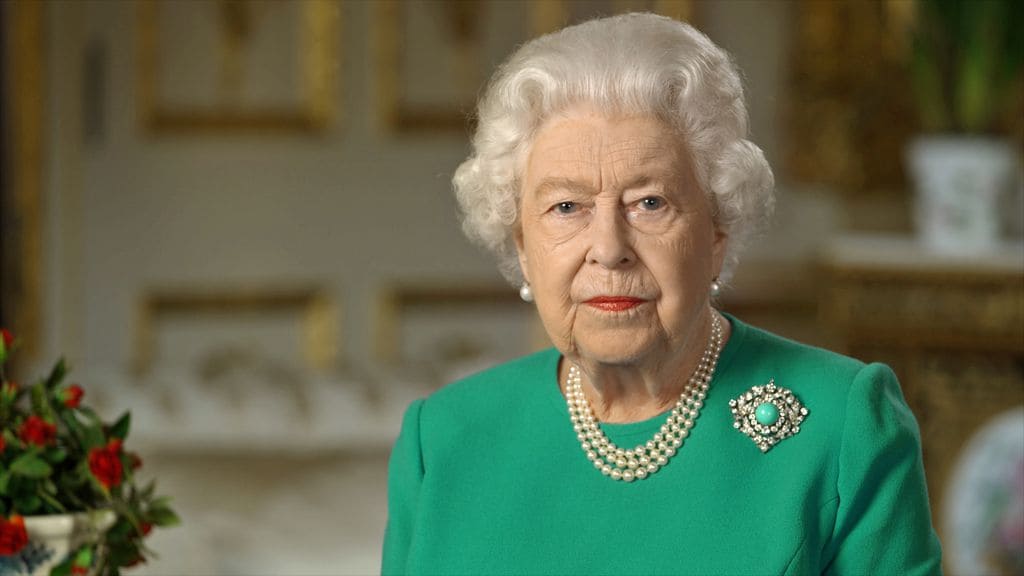 She also harked back to her first speech to the public ever, when she was only 14 and still a princess.

“It reminds me of the very first broadcast I made, in 1940, helped by my sister,” she said, as an archive photo of the girls appeared on-screen. “We as children spoke from here at Windsor [Castle] to children who had been evacuated from their homes and sent away for their own safety.”

The wave of child evacuations had begun the year before, on Sept. 1, 1939 — the same day Nazi Germany invaded Poland and only two days before Britain’s prime minister declared war. Fearing civilian casualties if British cities were bombed, officials urged parents to send their children to the countryside to live with strangers who volunteered to provide space for them.

Evacuation of children was voluntary, according to the Imperial War Museum, but since urban schools had been shut down, the decision was made easier. In the first wave, nearly 1 million children, hundreds of thousands of teachers and half-a-million mothers with babies were evacuated. The teachers were assigned groups of kids to find spaces for when their trains arrived in smaller towns and villages.

“We marched to Waterloo Station behind our head teacher carrying a banner with our school’s name on it,” James Roffey told the BBC in 2011. “We all thought it was a holiday, but the only thing we couldn’t work out was why the women and girls were crying.”

Accommodations varied wildly. Some children were virtually adopted by host families and given love and good care. Some lived in large manors housing dozens of children and run by teachers. Many of the urban children were seeing the countryside, agriculture and farm animals for the first time, finding it both inspiring and boring.

For others, the evacuation was a nightmare. Their food rations from the government were confiscated by the families they ended up with; they were put to work in fields; many were physically and sexually abused. John Abbott told the BBC he was whipped by his host family whenever he spoke and was eventually rescued by local police, bruised and bleeding.

By Christmastime, the expected bombing of cities hadn’t materialized, and by January 1940, nearly half of parents had brought their children home, the museum said. The health ministry put up threatening posters to discourage this. One poster depicts a mother visiting her children in the country with a ghostly Adolf Hitler over her shoulder, tempting her like Satan to “Take them back! Take them back!”

“DON’T do it, Mother,” the caption reads in bright red ink. “LEAVE THE CHILDREN WHERE THEY ARE.”

By summer, France had fallen to Germany, spurring a new wave of evacuations. In September 1940, the predicted Nazi bombing campaign known as “the Blitz” began, and the last wave of child evacuations took place. Many well-to-do families also arranged for their children to be sent overseas to countries such as Canada, Australia and the United States.

It was after this last wave, in October 1940, that Princess Elizabeth addressed the children of Britain.

“Thousands of you in this country have had to leave your homes and be separated from your fathers and mothers,” she told them, her voice still high-pitched with youth. “To you, living in new surroundings, we send a message of true sympathy, and at the same time we would like to thank the kind people who have welcomed you to their homes in the country.”

She told them the children still at home, like she and her sister, Princess Margaret, were “trying to do all we can” to help the war effort.

That wasn’t empty talk. When Elizabeth turned 18 in early 1945, she joined the Auxiliary Territorial Service, where she trained as a truck mechanic and driver. To this day, she is the only female member of the royal family to have served in the military.

She is also the last living head of state to have served during World War II, according to the BBC, giving her a unique perspective on the current trials.

In 1940, she told the children — her contemporaries — “When peace comes, remember it will be for us, the children of today, to make the world of tomorrow a better and happier place.”

Now 93, she said Sunday: “I hope, in the years to come, everyone will be able to take pride in how they responded to this challenge. And those who come after us will say the Britons of this generation were as strong as any.”

“Today, once again, many will feel a painful sense of separation from their loved ones,” she closed. “But now, as then, we know deep down that it is the right thing to do.”

Don't Miss it Biden beats Sanders in Wisconsin primary held during coronavirus pandemic
Up Next Coronavirus: Prime Minister says we can 'turn the tide' on crisis- BBC News