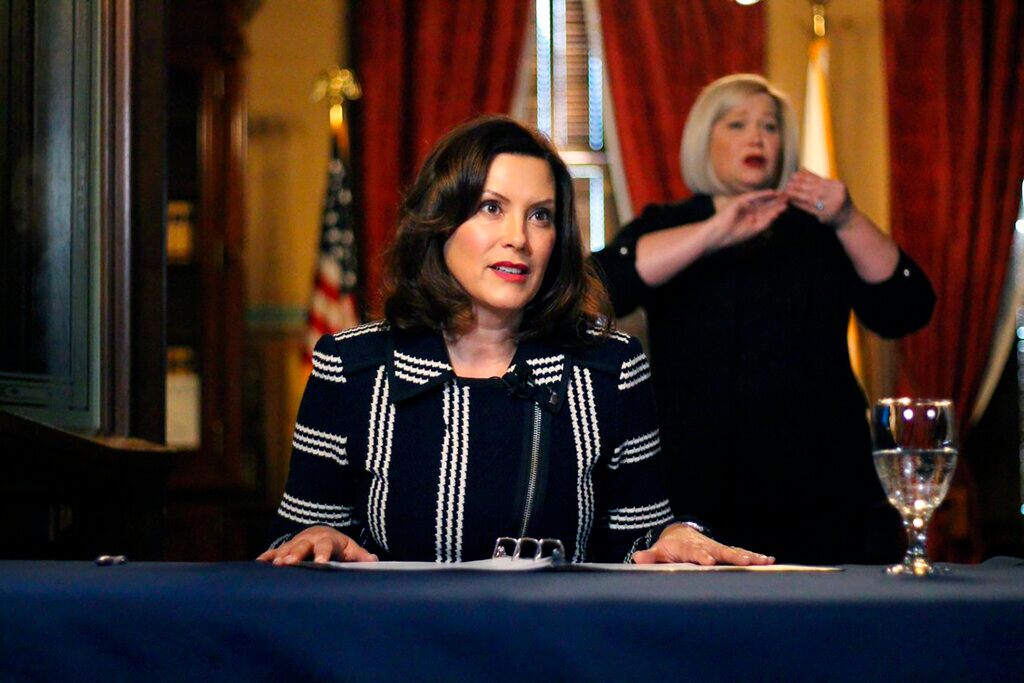 “So [Whitmer] said, we want to be fair here, what a lot of people were saying last month, which is we need to slow the transmission of this so our health care system doesn’t fall apart,” the “Tucker Carlson Tonight” host said. “So two weeks later, what’s happened? Well, Michigan’s health care system has not collapsed. Even in Detroit … you likely don’t see one of the worst coronavirus outbreaks anywhere in the nation.

“Now, that’s all great news that you would think Governor Whitmer, who’s supposed to be looking out for the interests of her own people, would be celebrating on television,” Carlson said. “She’s doing just the opposite.”

Carlson accused Whitmer of moving “aggressively to seize even more control of her state” by banning gatherings “anywhere for any reason” in people’s homes. He also criticized her for shutting down stores she deemed “unnecessary” and banning the sale of certain items.

The host emphasized that Whitmer isn’t motived by any scientific considerations.

“It’s about power. Governor Whitmer wants to be the vice president. She wants to be chosen by Joe Biden. That’s pretty clear, “Carlson said. “And she’s calculated there is no penalty for petty authoritarianism. In fact, petty authoritarianism might make even mediocre politicians look strong and decisive. That’s her bet. She’s willing to destroy the people in her state in exchange.”

Carlson noted that Whitmer has not acted in the same way in response to other crises that have hit her state, including suicides or drug overdoses.

“If she cared, she could have taken anyone in the state into custody at any time if that person was identified at risk of self-harm,” Carlson said. “But that wasn’t a consideration either. Then again, at the time, Joe Biden didn’t need a running mate and CNN wasn’t watching.”

Don't Miss it Coronavirus: Prime Minister says we can 'turn the tide' on crisis- BBC News
Up Next Coronavirus: How should we handle this crisis? | To the point