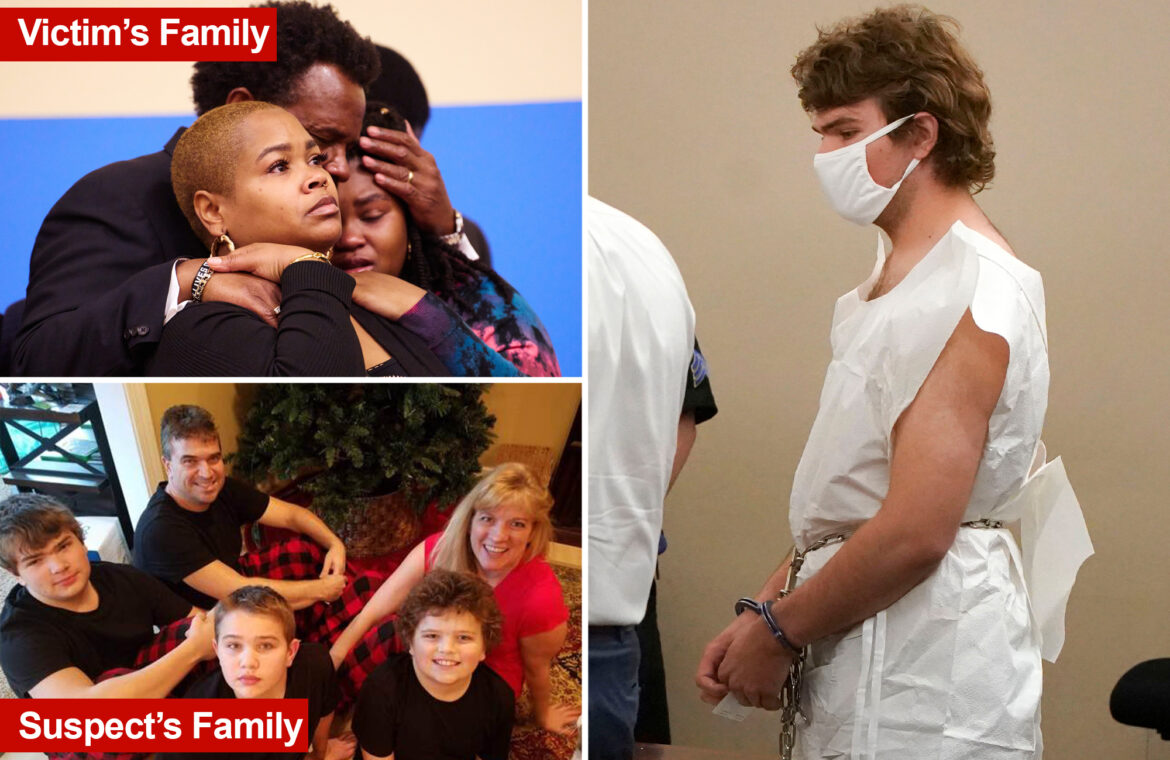 Relatives of Buffalo’s supermarket-slaughter suspect are copping the COVID defense, telling The Post on Monday that the teen likely snapped because of his paranoia and isolation from the pandemic.

They added they had no clue their kin, accused 18-year-old Payton Gendron, was an alleged white supremacist and said he clearly needed help after threatening his high-school classmates almost a year ago — although they aren’t sure he ever got it.

“I have no idea how he could have gotten caught up in this. I blame it on COVID,’’ said Sandra Komoroff, 68, a cousin of Gendron’s mom Pamela, referring to the teen’s alleged hate-fueled rampage that left 10 black people dead at a Tops Friendly Market on Saturday.

“He was very paranoid about getting COVID, extremely paranoid, to the point that — his friends were saying — he would wear the hazmat suit [to school],” she said.

“They were vaxxed to the max,” she said of the family. “I don’t know if it was a bad case, I just know he caught it.”

She added that Gendron had “bought into the fear of COVID.

Relatives of alleged Buffalo mass shooter Payton Gendron claimed that his isolation and paranoia over COVID-19 could have caused him to commit the massacre.Mark Mulville/The Buffalo News via APGendron allegedly killed 10 people in a Topps supermarket in Buffalo on May 14, 2022.Photo by Scott Olson/Getty Images

“That’s the only way to say it. And when you’re home all day on the Internet, you’re missing out on human contact,” Sandra said. “There’s a lot of emotions and a lot of body language you’re not getting [as] when you see their face.”

Her husband Dave Komoroff, 68, added, “In theory, [COVID] could have affected what they call the lizard brain — the part of the brain that controls aggression.

“I can’t say it’s impossible, but maybe that would happen one out of so many millions of times.”

Gendron was reportedly so concerned about getting COVID-19 that he wore a hazmat suit to school.Erie County District Attorney’s Office via AP

Before Saturday’s slaughter, Gendron had allegedly written a rambling, 180-page white supremacist manifesto that spewed a racist philosophy and outlined his step-by-step plans for the massacre, law-enforcement sources have said.

In the chilling document, the teen described how he’d become “radicalized” online because of “extreme boredom” during the early days of the pandemic.

“I don’t know where he went online — the dark Web, or wherever — but apparently he got into some nasty stuff. He’s smart enough to get into dangerous stuff online, which maybe the average person wouldn’t know how to get into.

“I mean, I’m trying to figure it out myself.”

As for a threatening missive at his school in June last year —  in which Gendron was asked about his future plans and he responded that he wanted to commit a slay-suicide — Dave said, “My question is, and I don’t know the answer either, but did they do something?

“The parents are well-to-do. Did they put him in some kind of therapy? Because when they get the civil lawsuit, that’s what’s going to come out. Someone’s gonna ask, ‘What did you do last year after this incident?’ They’ll ask the parents, ‘What did you do? What did you do to help this kid?’

Gendron’s home in Conklin, New York. The teen’s relatives questioned what his parents did to get him mental health help after making threats at his school last year.John RocaPaul and Pamela Gendron are the parents of Buffalo shooting suspect Payton Gendron.Facebook

“The parents are both college-educated. They’re intelligent. They’re engineers. They’re not hill people. ‘Did you think he needed any help?’ ”

At the time, State Police responding to that incident took Gendron to the hospital for a psych evaluation — but he was released after a day and a half.

Otherwise, the couple said, the teen and his family checked all the boxes of “what you would consider normal.”

Gendron’s relatives said they didn’t know that he is a white supremacist.Photo by Scott Olson/Getty Images

“It is a good family, a very good family. It’s unconscionable to me what happened. They’re very average people, God-fearing,” Sandra said.

“I don’t understand the racist thing, because my family is the farthest thing from racist. I’ve never heard a racist comment from him, from his parents. It’s almost like he just snapped. Something in him broke.

“The whole family is in shock.”

Dave said, You probably have a checkbox of what you would consider normal.

“I would think that this family checks all the boxes,” he said. “I’m trying to figure out the dysfunction, and I just can’t. We were at his graduation. He’s an 18-year-old kid. I said, ‘Congratulations.’ He said, ‘Thank you.’ I said, ‘What do you intend to do?’ He said, ‘Be an engineer like my mom and dad.’

“I just don’t see how this happened, but apparently this has been germinating for a long time.”

Cathy and Jerry Kozlowski, who are friends with Gendron’s parents Pam and Paul, told The Post on Monday that they were dumbfounded when they realized the teen had been arrested over the slayings.

“When I first heard that this happened … I actually had a different picture in my mind of who the family was — some family living in a trailer park some place in the outskirts, the family with their AR-15s,” Jerry, 74, said.

When he discovered it was the son of their friends, Jerry said, “You would have knocked me over with a feather.”

They described the Gendrons as “an average American family.

“You try your best as a parent. Something went wrong,” Jerry said. “Parents miss stuff. You try as a parent the best you can. I’m sure they did. I’m grasping what happened to this young man. Why? What possesses you to go out and buy a device that is going to do that to people?”

People mourning at a memorial for the shooting victims in Buffalo on May 15, 2022.Photo by Libby March for The Washington Post via Getty Images

Cathy added, “Pam and Paul and the boys — I can’t imagine what that family is going through right now.

Gendron, who had traveled about 200 miles from his home in Conklin, NY, was taken into custody minutes after he carried out the racially motivated attack in the predominantly black neighborhood, police said.

He was arraigned on a murder charge over the weekend, and federal prosecutors said they are contemplating hate-crime charges.