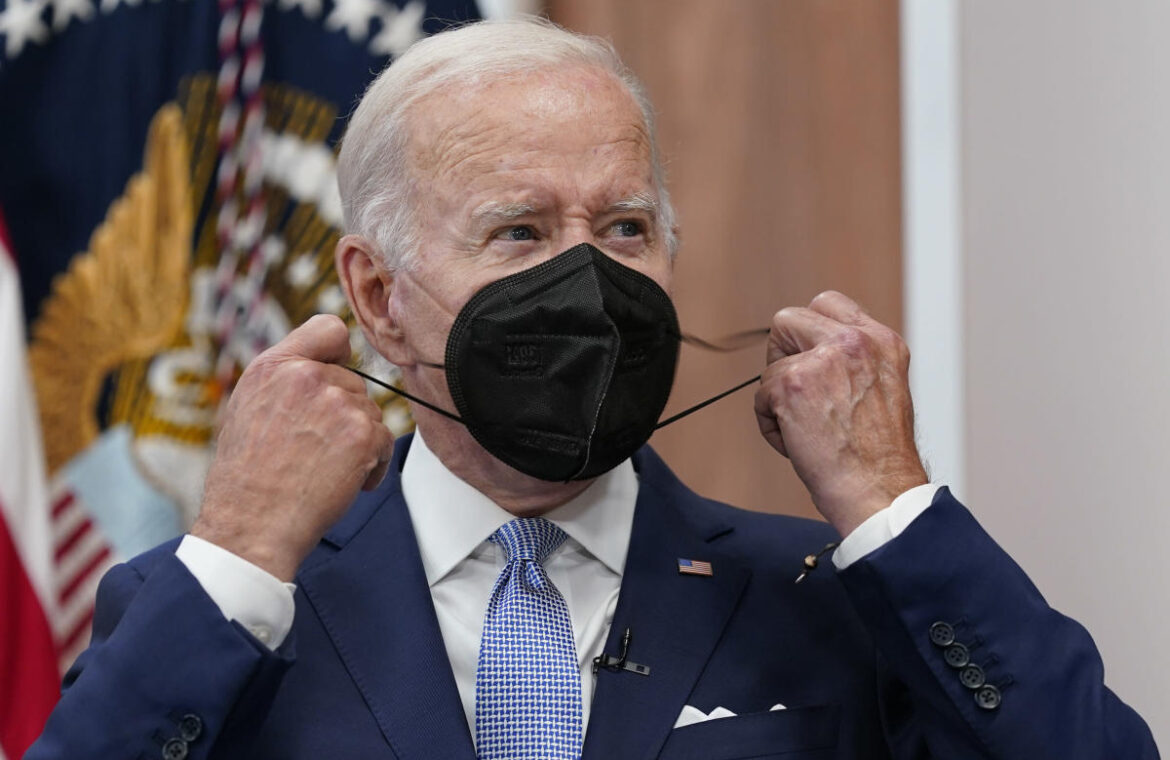 WASHINGTON (AP) — President Joe Biden tested positive for COVID-19 again Saturday, slightly more than three days after he was cleared to exit coronavirus isolation, the White House said, in a rare case of “rebound” following treatment with an anti-viral drug.

White House physician Dr. Kevin O’Connor said in a letter that Biden “has experienced no reemergence of symptoms, and continues to feel quite well.” O’Connor said “there is no reason to reinitiate treatment at this time.”

In accordance with Centers for Disease Control and Prevention guidelines, Biden will reenter isolation for at least five days. He will isolate at the White House until he tests negative. The agency says most rebound cases remain mild and that severe disease during that period has not been reported.

Just as when Biden first tested positive, the White House sought to show he was still working. The president sent out a picture of himself masked and tieless on Twitter, which showed him signing a declaration that added individual assistance for flood survivors in Kentucky.

The president followed up by tweeting out a 12-second video of him on a White House balcony with his dog, Commander.

“I’m feeling fine, everything is good,” said Biden, a pair of aviator sunglasses in his hand. “But Commander and I got a little work to do.”

The president also took time on Saturday to have a FaceTime conversation with people camping outside the U.S. Capitol who are seeking health benefits for military veterans exposed to toxic substances from burn pits during their service, according to White House chief of staff Ron Klain. A bill to provide expanded benefits failed to clear the Senate on Wednesday. Veterans Affairs Secretary Denis McDonough brought the group pizza and the phone connection to talk with the president.

“Feel better,” a member of the group told Biden in a video of the call posted to Twitter. Later, in a tweet, the president said he had planned to meet with families at the Capitol but that his positive test “got in the way.”

Word of Biden’s positive test came — he had been negative Friday morning — just two hours after the White House announced a presidential visit to Michigan this coming Tuesday to highlight the passage of a bill to promote domestic high-tech manufacturing. Biden had also been scheduled to visit his home in Wilmington, Delaware, on Sunday morning, where first lady Jill Biden has been staying while the president was positive. Both trips have been canceled as Biden has returned to isolation.

Biden, 79, was treated with the anti-viral drug Paxlovid after he first tested positive on July 21. He tested negative for the virus on this past Tuesday and Wednesday. He was then cleared to leave isolation while wearing a mask indoors. His positive tests puts him among the minority of those prescribed the drug to experience a rebound case of the virus.

White House COVID-19 coordinator Dr. Ashish Jha told reporters on Monday that data “suggests that between 5 and 8 percent of people have rebound” after Paxlovid treatment.

“Acknowledging the potential for so-called ‘rebound’ COVID positivity observed in a small percentage of patients treated with Paxlovid, the President increased his tested cadence, to protect people around him and to assure early detection of any return of viral replication,” O’Connor wrote in his letter.

According to the CDC, those with rebound COVID should isolate for at least five days, ending that if a fever has resolved itself for 24 hours without medication and symptoms have improved. The patient “should wear a mask for a total of 10 days after rebound symptoms started. Some people continue to test positive after day 10 but are considerably less likely to shed infectious virus.”

Both the Food and Drug Administration and Pfizer point out that 1% to 2% of people in Pfizer’s original study on Paxlovid saw their virus levels rebound after 10 days. The rate was about the same among people taking the drug or dummy pills, “so it is unclear at this point that this is related to drug treatment,” according to the FDA.

While Biden was testing negative, he returned to holding in-person indoor events and meetings with staff at the White House and was wearing a mask, in accordance with CDC guidelines. But the president removed his mask indoors when delivering remarks on Thursday and during a meeting with CEOs on the White House complex.

Asked why Biden appeared to be breaching CDC protocols, press secretary Karine Jean-Pierre said, “They were socially distanced. They were far enough apart. So we made it safe for them to be together, to be on that stage.”

Regulators are still studying the prevalence and virulence of rebound cases, but the CDC in May warned doctors that it has been reported to occur within two days to eight days after initially testing negative for the virus.

“Limited information currently available from case reports suggests that persons treated with Paxlovid who experience COVID-19 rebound have had mild illness; there are no reports of severe disease,” the agency said at the time.

When Biden was initially released from isolation on Wednesday, O’Connor said the president would “increase his testing cadence” to catch any potential rebound of the virus.

Paxlovid has been proven to significantly reduce severe disease and death among those most vulnerable to COVID-19. U.S. health officials have encouraged those who test positive to consult their doctors or pharmacists to see if they should be prescribed the treatment, despite the rebound risk.

Biden is fully vaccinated, after getting two doses of the Pfizer coronavirus vaccine shortly before taking office, a first booster shot in September and an additional dose March 30.

While patients who have recovered from earlier variants of COVID-19 have tended to have high levels of immunity to future reinfection for 90 days, Jha said that the BA.5 subvariant that infected Biden has proven to be more “immune-evasive.”

“We have seen lots of people get reinfected within 90 days,” he said, adding that officials don’t yet have data on how long those who have recovered from the BA.5 strain have protection from reinfection.