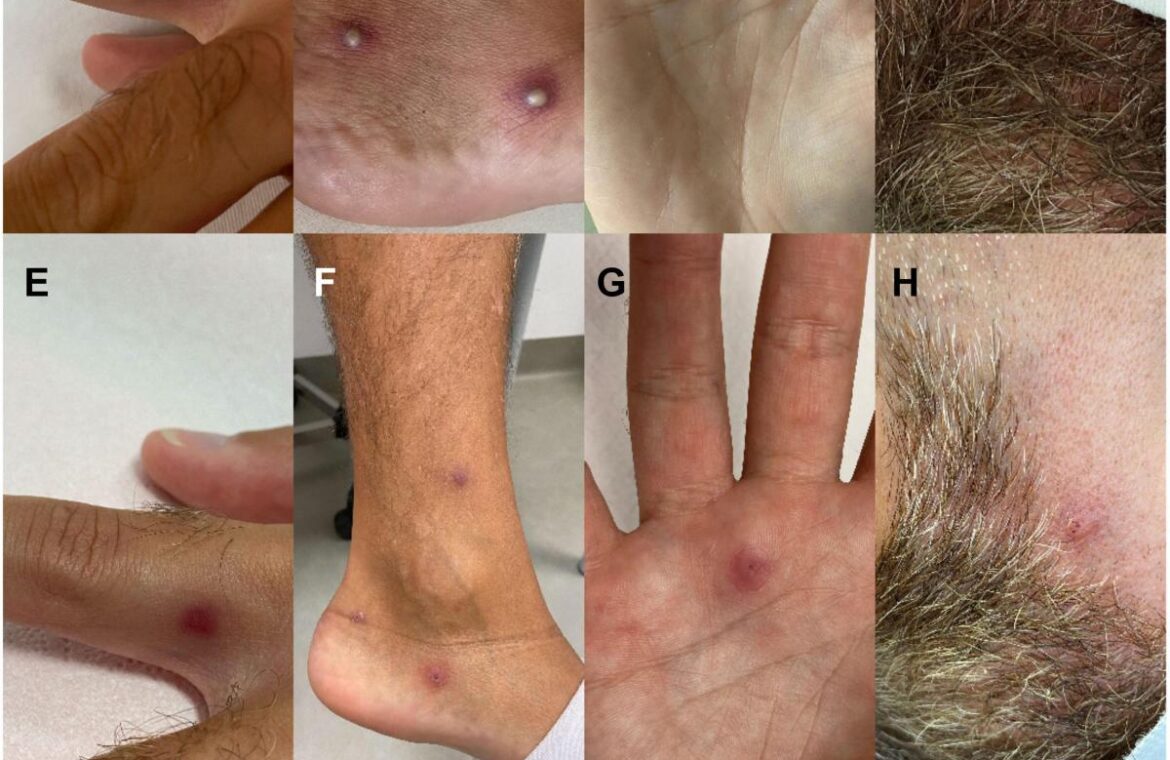 The first patient to have COVID-19, monkeypox, and HIV at the same time was recently diagnosed in Italy.

He came down with a fever and sore throat, then a blistering rash, about a week after a trip to Spain.

The man had unprotected sex with other men on vacation, which adds to growing evidence of sexually transmission.

A man who tested positive for COVID-19 broke out in a rash later that day. Tests revealed he also had monkeypox and HIV, according to a case study in the Journal of Infection.

The 36-year-old patient, who was not identified by name in the report, is the first in the world to test positive for all three infections in a single day, the researchers said.

The Italian man reported that he developed a fever, sore throat and headaches nine days after returning from a trip to Spain. He tested positive for COVID-19 on July 2 — and his symptoms escalated past the typical presentation of the virus within hours.

First, the man noticed a rash starting to form on his left arm. Small, painful blisters appeared on his face, torso, legs, and backside the following day. As the blisters continued to spread and turned into telltale pustules, the man decided to seek emergency care at a hospital in Catania, Italy.

On July 6 — just a few days after his first symptoms — the man was diagnosed with a coinfection of COVID-19, monkeypox, and human immunodeficiency virus (HIV). His case demonstrates how early symptoms of monkeypox and COVID can overlap, and underscores the importance of testing for other sexually transmitted infections after a diagnosis of monkeypox, doctors wrote in the report.

The man’s body was dotted with lesions that looked like monkeypox in various stages of progression when he arrived at the hospital. Pustules on the palm of his hand and the side of his foot were bulging with pus and haloed in red. Other sores had turned into scabs with depressed centers — one of the telltale signs of the virus.

The lesions also affected the patient’s perianal region, which has been typical in the recent outbreak. Experts suspect a likelihood of sexual transmission of monkeypox because the outbreak has mainly affected men who have sex with men in their intimate regions.

Since the patient disclosed that he had unprotected sex with other men on his vacation to Spain, doctors tested him for monkeypox and ordered a full STI panel upon his intake at the hospital. According to his medical history, the man also had syphilis in 2019 and was negative for HIV as of his last test in September 2021.

It’s likely that his HIV infection was fairly recent, based on his sexual history and immune markers that looked normal.

This particular case “emphasizes that sexual intercourse could be the predominant way of transmission” of monkeypox, doctors wrote in the report.

The man received treatment for COVID and HIV

As this is the first known coinfection of COVID-19, monkeypox, and HIV, doctors don’t yet know how the trio of viruses could affect a patient’s condition.

The Italian patient recovered well, with almost all of his monkeypox lesions crusting over after a few days in the hospital. He received an infusion of Sotrovimab, a monoclonal antibody therapy, to treat his COVID infection and improved the next day.

By day six in the hospital, most of the man’s symptoms had resolved. Swabs for COVID and monkeypox were still positive, but he had no new skin lesions and was discharged to home isolation.

When he returned for a follow-up visit, the patient’s sores had healed “almost completely, leaving a small scar.” He did not require treatment for monkeypox, although some physicians may recommend antivirals (namely tecovirimat, or TPOXX) for people with compromised immune systems.

The patient was put on a combination antiretroviral therapy to maintain his immune system function and lower the amount of HIV in his bloodstream. Like many others who live with HIV, he’ll need to continue taking the medication to keep the disease at bay.

Read the original article on Insider

Don't Miss it Chinese investments in Europe fuel debate over dependency on China | DW News
Up Next After Covid: Will Brexit be the next shock for Britain's economy? | DW News