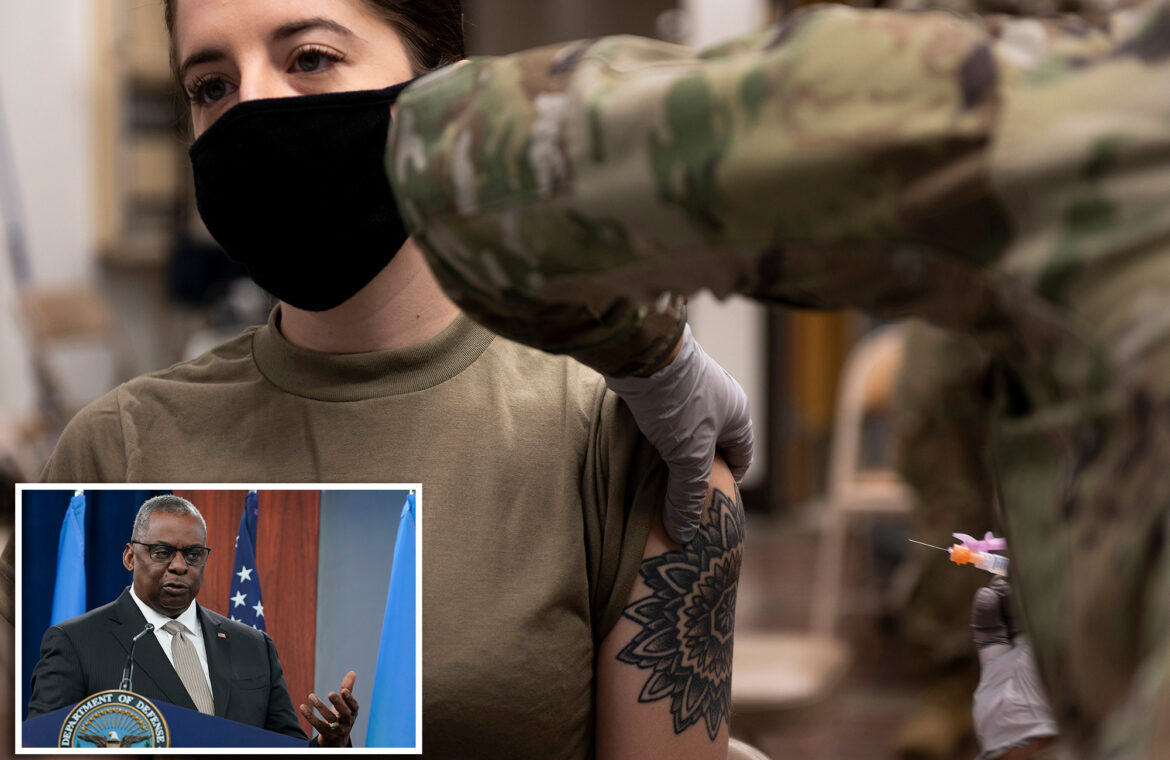 WASHINGTON – Republicans have won their long-waged effort to repeal the Pentagon’s coronavirus vaccine mandate, according to Fox News.

Congress is expected to repeal the Pentagon’s mandate requiring troops to receive the coronavirus vaccine in its annual defense policy bill set to be voted on by the House later this week, Fox News reported Tuesday.

Republicans succeeded in eliminating the mandate in the 2023 National Defense Authorization Act Tuesday despite White House and Defense Department objections to the measure a day before.

It comes after a group of 13 Republican senators, led by Sen. Rand Paul (R-Ky.), called on Congress in a letter last week to repeal the mandate handed down by Defense Secretary Lloyd Austin in August 2021 requiring all service members to get the vaccine or face expulsion for refusing an order.

US troops have been required to receive the coronavirus vaccine since August 2021.United States Forces Korea via G

“The United States simply cannot afford to discharge our brave men and women in uniform and lose the investments we have made into each and every one of them due to an inept bureaucratic policy,” the GOP members wrote.

The letter’s signatories had also asked for all troops discharged for refusing the order to get the vaccine be reinstated with back pay, noting that 3,400 had been discharged as of April. However, that request will not appear in the $847 billion bill, according to Fox News.

The NDAA sets defense policy and spending priorities for the 2023 fiscal year. Without its approval, the Pentagon must continue operating on the 2022 version and continuing resolution funds until the matter is resolved. That funding is expected to run out on Dec. 16.

Though Democrats largely supported the mandate, Rep. Adam Smith (D-Wash.) veered from his party on Friday, telling Politico that he was “open” to discussing its removal if it would move the legislation forward, noting the “pandemic has winded down.”

Republicans won their long-waged effort to repeal the Pentagon’s coronavirus vaccine mandate on Tuesday, according to Fox News.United States Forces Korea via G

“The president told him that he would consider it, but also made clear that he wanted to consult with the Pentagon,” she said. “Since then … the secretary of defense has recommended retaining the mandate because the COVID vaccination requirement was put in place to keep our service members safe and healthy and prepared for service.”

The coronavirus vaccine is one of dozens the Defense Department has mandated for troops – something the military has done “nearly since its inception,” according to the Army. National Security Council spokesman John Kirby on Monday said requiring the vaccines was “very much a health and readiness issue for the force.”

“[Biden] continues to believe that all Americans, including those in the armed forces, should be vaccinated and boosted for COVID-19,” Kirby said. “As you all have seen for yourself, vaccines are saving lives, including our men and women in uniform.”

Defense Secretary Lloyd Austin said requiring the coronavirus vaccine for US troops was a “readiness issue” for the military.Getty Images

But Republicans argued removing the mandate would encourage military recruitment, which is down about 23% from annual targets, according to the GOP letter.

“Due to costs and recruiting challenges, losing thousands of troops due to their vaccination status is a readiness issue that the [Pentagon] should take seriously,” Republicans wrote in the letter. “While the Department of Defense certainly must make decisions that will bolster military readiness, the effects of the mandate are antithetical to readiness of our force, and the policy must be revoked.”

Final text of the bill is expected to be released Tuesday and the House will take up the matter on Thursday.

Don't Miss it US tops one million coronavirus cases: What went wrong? | DW News
Up Next China announces rollback of strict anti-COVID-19 measures