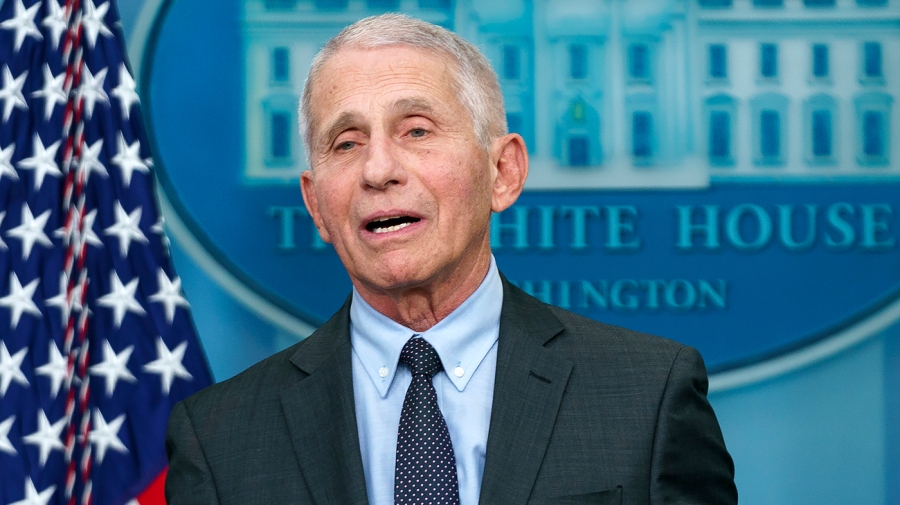 “I don’t have a clue … what he’s asking for. I mean, we have a vaccine that, unequivocally, is highly effective and safe and has saved literally millions of lives,” Fauci, who is also the director of the National Institute of Allergy and Infectious Diseases (NIAID), told CNN’s Kate Bolduc.

DeSantis on Tuesday announced his office had petitioned for a grand jury investigation into alleged “crimes and wrongdoing” against Floridians “related to the development, promotion and distribution” of the COVID-19 vaccines.

The governor also shared plans to establish Public Health Integrity Committee due to distrust of the Centers for Disease Control and Prevention (CDC), saying “anything they put out, you just assume, at this point, that it’s not worth the paper that it’s printed on.”

Fauci on CNN cited recently released research by the Commonwealth Fund, which found that COVID-19 vaccines from biotech companies Pfizer, Moderna and Johnson & Johnson collectively saved over 3.2 million American lives and averted more than 18.5 million hospitalizations in two years of the pandemic.

“So what’s the problem with vaccines? I mean, vaccines are life-saving. So, quite frankly … I’m not sure what they’re trying to do down there,” he said.

“We’re all in this together. We’re all human beings and we’re all susceptible to disease that can kill us. … When people’s lives are being lost about this, maybe that’ll shake people up enough to realize that we’ve got to start pulling together and not against each other,” Fauci said.

Fauci is stepping away from his government roles this month to pursue the “next chapter” in his career — but that hasn’t stopped top GOP lawmakers from vowing to investigate Fauci over the U.S.’s COVID-19 response.

Republicans have shared plans to probe the origins of the virus and subpoena the NIAID official when they take control of the House in the next Congress.

Fauci back in August dismissed suggestions that the Republican threats influenced his decision to step away from government.

“I have nothing to hide at all, despite the accusations that I’m hiding something. I have nothing that I could not explain clearly to the country and justify,” Fauci told The Hill last month.

For the latest news, weather, sports, and streaming video, head to The Hill.

Don't Miss it How is China responding to Covid protests? – BBC News
Up Next Is the rushed dismantling of COVID restrictions premature? | DW News